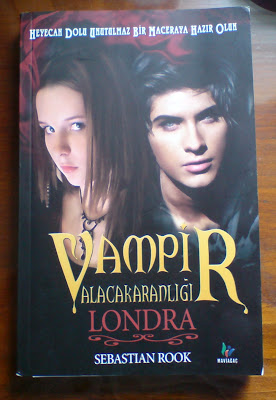 The Vampire Plagues has arrived in Turkey, or at least London, the first volume has. As you can see it continues the totally not being Twilight in any way shape or formvibe. I don’t know whether “Vampir Alacakaranligi” means either “Vampire Plagues” or “Vampire Dusk” but I do know it’s not something to say lightly.

In fact a lot of Turkish seems to be made up of words that people forgot to stop spelling. Give or take an accent or two, “Jack Harkett lurked beside a pile of weathered tea crates from a Calcutta merchant ship” comes out as “Jack Harkett, Kalka’dan gelen bir ticaret gemisinden indirilen günes ve rüzgârdan yipranmis çay kasalarinin olusturdugu bir yiginin yaninda salaniyordu“. And boutros boutros to you, too. “Goodbye, Father” is (rather sweetly) “Güle güle, baba“. I’m very pleased with myself for tracking down a line in the mass of Turkish text without reference to the English at all: “Limon yemek istiyormus da limon onu yemis gibi görünüyor” (“She looks like she wanted to suck a lemon, only it sucked her instead“.)

One day – one day, I promise – I will use my Swedish copy of Vampyrguden as a Rosetta Stone for learning my wife’s mother tongue. Learning Turkish, for the time being, goes on the back burner.

I’m interested to see that my good friend Sebastian Rook’s Vampire Plagues series has apparently been repackaged as Vampire Dusk. This is quite a coincidence because there is already a quite successful series for children, also about vampires, currently available and named for a time of day. In fact, a time of day when the sun isn’t quite shining. I’m sure that the merest possibility of any kind of association has never at any point crossed the mind of anyone at Scholastic.

Suspicion of bandwagon-jumping recedes further with even a cursory examination of the covers, which have gone from this: 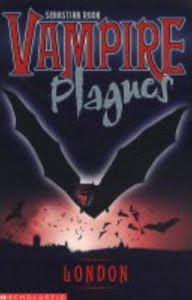 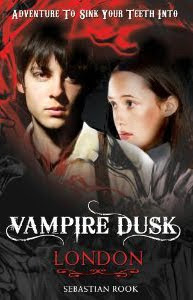 (Having a passing acquaintance with the text, I’m curious to know what happened to the second boy. The three heroes stick to the magic Harry-Ron-Hermione formula for pre-teen adventures of 2 boys to 1 girl [though there is a guest extra girl in the second book]. This is because boys only want to read about boys whereas girls will read about either gender: so, you get a boy for the boys, a girl for the girls, and another boy to make up for the girl. Sad but true.

Maybe he’s on the back.)

To continue with the covers for the books I wrote the first three written by Sebastian: 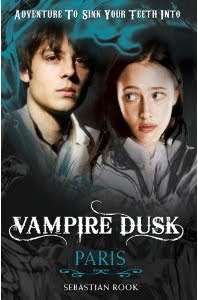 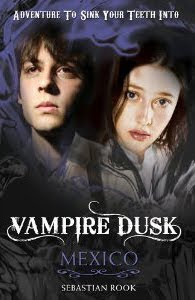 Not only will you will discern a total absence of fruit, chess pieces and the like, but while the Twilight covers go out of their way to hide the fact that they are about a boy and a girl who have the dead hots for each other, Vampire Dusk advertises the total absence of sexual frisson by showing a couple of complete strangers who were photographed in the same room together one day, coincidentally whilst wearing sort of Victorian clothes. Also, by miniscule fractions, the boy’s expression changes. A bit. So, really, about as far from Twilight as you can get. 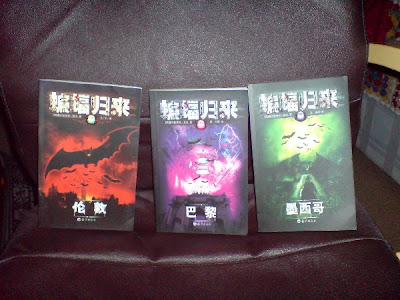