There’s a school of thought that quite understandably sees snow as nasty slushy cold wet stuff, good only for closing schools, cutting power lines and blocking roads. But there is still a certain something to it: the blurring of all lines, natural and artificial, to smooth white; the token resistance and then yielding crunch of it underfoot. If Lucy had stumbled through the wardrobe into a desert land locked in a permanent drought, the Narnia series would never have got off the ground. 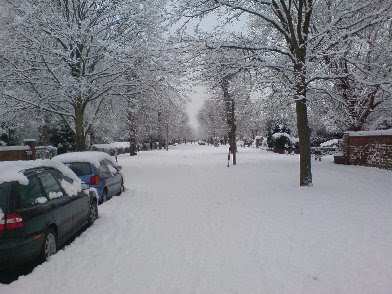 Best Beloved made it to work safely by bus and reports “10 perfectly formed snowmen symmetrically placed on the steps of the Martyrs’ Memorial, wearing sunglasses.” Sadly I have no picture of this. The two men in her life are at home due to closure of school and workplace so at least I’ve been able to take other pics to chronicle the event. 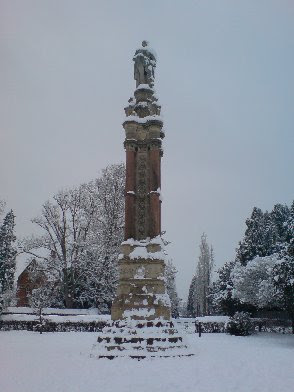 Abingdon School manages to look even more like Hogwarts than usual.

Some of the inmates pupils have applied their privately-educated braincells to building an igloo. 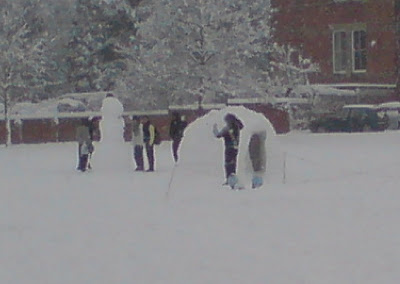 I walked into town for the sake of it and bought a paper at West End Newsagents. The manager couldn’t contain his delight that the new under-cutting, business-stealing, utterly unnecessary WH Smith was closed, unable to hack it in a mere 12 inches of snow. That’s why Napoleon called us a nation of shopkeepers rather than a nation of chain store staff. He was correctly identifying our strength.