Someone – no idea who – once told me that the late Abingdon Abbey was, until the time of Henry VIII, the size of Wells Cathedral. Nowadays of course it’s an outline in the park by the river.

But assuming it was not only the size but also the exact shape of Wells Cathedral, here is how an aerial shot of the Abbey Grounds might look today … I know, marvel at the way the shadows point in different directions.

I feel an alternate history coming on. 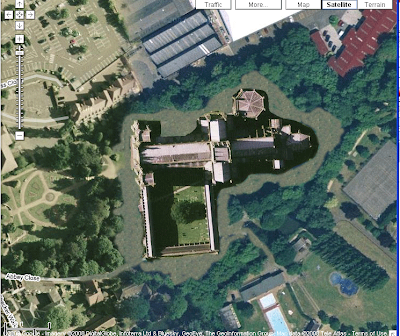 I’m in doubt at all that becoming Protestant was one of the best things that ever happened to this country (item: Isaac Newton was born the year Galileo died; item: I doubt we’d have cut the King’s head off if we all belonged to the same side; item: … I could go on) but there was a lot of collateral damage, lives ruined, atrocities perpetrated en route. Just to stop us feeling too smug.