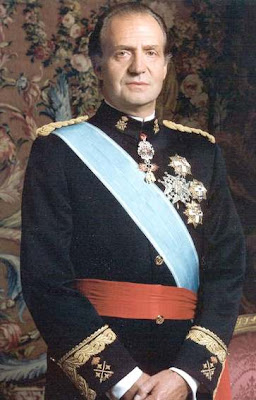 I’m currently feeling quite well disposed towards our elected representatives in Westminster so I thought I’d mention it while it lasts.

There are of course drawbacks as well. Things like the expenses scandal are just background noise by now: no, current reservations centre around the Hoff’s new buddy.

At the moment that’s still more plus points than minuses, which is a nice feeling.

Orson Scott Card has written some of the best science fiction and fantasy I’ve ever read. He also wrote the Homecoming Saga.

The column he writes for his local paper usually touches on a number of bases in no particular order. SF&F: always worth reading even if you disagree with him. Commentary on other artforms (audiobooks, TV series, plays etc.): often worth a look even if you’re not familiar with the works in question. Local trivia: only really for anyone who happens to live in Greensboro, North Carolina – which is not unreasonable for a local paper.

And politics: strictly for broad-minded individuals looking for a bit of entertainment.

Card is regrettably one of those people who seem to believe that there is an organised body known as the Extreme Left which is out to destroy America – nay, western civilisation – and it begins just west of David Cameron. It’s a belief that colours far too much of his worldview. For example, of Jeffrey Archer he once wrote:

“as a conservative, there’s almost no chance of his being favorably reviewed by London’s critical establishment, since the British intelligentsia are, if anything, even more leftist than the American.”

In Card’s latest column, he describes his joy at discovering New Who (which is rather touching) and we learn he has read Tony Blair’s autobiography. Ha-hum …

“The way he stood firmly with President Bush when it was time to take a stand against terrorist states like Afghanistan and Iraq reminded me of the days of transatlantic solidarity during World War II — though Blair was actually more loyal and reliable as an ally to Bush than Roosevelt ever was to Churchill. “

That’s because while Roosevelt and Churchill may have made realistic assessments of the strengths of their respective positions, and acted accordingly, they regarded themselves as moral equals. Blair made the policy decision that he would be Bush’s poodle. And bitch. (Not necessarily the same as a female poodle. You know what I mean.) More precisely, Blair decided he would be the poodle/bitch of whoever happened to be President of the United States. Before being best buddies with Bush, whom Card admires, he was best buddies with Clinton, whom Card despises. Such a thing should not be physically possible, yet it happened. Card is silent on this paradox.

Blair “was eventually turned out of office the way Churchill was”, and Card finishes on a note of pure fantasy:

“Still, he was and is a good man who kept his word when he came to power, and he did a pretty good job of governing, which puts him way, way above average. I recommend the book, if only to see how a rare bird like that was ever able to get off the ground and fly!”

One book I’m guessing Card won’t be reading is Robert Harris’s The Ghost. I read this last year and saw the movie at the weekend. Even if you find the movie contaminated by association (it was the one Roman Polanski was working on when he was arrested), read the book. Robert Harris sticks it in with all the anger and bile of a disillusioned convert. An unnamed ghostwriter is sent to the US to ghostwrite the memoirs of ex-Prime Minister Tony Blair Adam Lang – Pierce Brosnan in the movie. The previous ghostwriter died in mysterious circumstances, which is just the start of the fun. Then the UK government announces that it is cooperating with the International Criminal Court with a possible view to prosecuting Blair Lang for war crimes. There is a wonderful scene where Blair Lang is told that no, he can’t go home at the moment but he can travel anywhere that doesn’t recognise the ICC. Um – Iraq, North Korea, Israel …

It’s not Harris’s best book, because the sound of the axe grinding in the background does get in the way of the enjoyment. It was also written in apparently ignorance of social networking. What do you do nowadays with a good conspiracy theory? Stick it on Facebook, watch it go viral and then let the CIA try to silence it, ha ha. (What they do to you is another matter, of course.) But it is enjoyable and thought-provoking. Y’see, a key question that arises – and the answer is beautifully unexpected, so I’m not spoiling anything here – is whether or not Blair Lang was recruited by the CIA at Oxford Cambridge. I wouldn’t dream of saying yay or nay, though I will say the book ends more convincingly than the movie did. But one character asks a question that really gets the wheels of the mind spinning: “In ten years as Prime Minister, can you name a single decision that wasn’t in the interests of the United States?”

I still incline towards the poodle/bitch interpretation myself: the simplest explanation is usually the right one. But still …

This is where I would like to come up with a nifty, pithy one-liner that ties these various strands together, but I can’t and it’s the end of my lunchbreak and the black helicopter full of CIA Mormon SF fans outside the window is being really distracting so I’ll stop now.